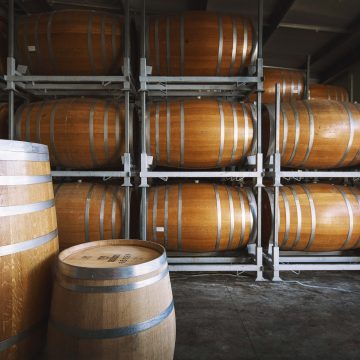 Best Wine of 2016 By Lisa Perrotti-Brown

We’re delighted one of the world’s most influential wine writers has included Giesen Fuder Clayvin Chardonnay in her selection of the best wines of 2016.

Lisa Perrotti-Brown – writes on NZ wines for Robert Parker’s Wine Advocate, which includes the Wine Journal – and has tried our Fuder Chardonnay on several occasions, saying it never fails to blow her away. Her comments on Giesen Fuder Clayvin Chardonnay appeared in her story wrapping up her Best Wines of 2016.

Here’s Lisa Perrotti-Brown’s full review: 2013 Giesen The Fuder Chardonnay, Marlborough “This was a new release from Giesen, who is now producing a range of these “fuder” (BIG barrel) aged, single vineyard wines. Coming from what is one of Marlborough’s most exciting vineyards – the Clayvin Vineyard – I’ve had this Chardonnay half a dozen times now, and it has never failed to blow me away!”

On the north facing slopes of the Wairau Valley, Clayin Vineyard was planted in 1991 primarily with Pinot Noir and Chardonnay and with a few parcels of Syrah. In the tradition of a French vineyard, it is densely planted with multiple clones on a wide range of rootstocks dotted across the hillside.

All the Clayvin vines are hand tended with support from a specially imported Italian Geier ‘Crawler’ which takes care of vine weeding, crop spraying and trimming. Weighing just over a tonne, and with a width of 1.1m, the crawler has less downward pressure than a human footprint.

A few years ago, travelling through Germany, Marcel Giesen fell in love with the subtlety and nuance of wines crafted from 1,000 litre German oak Fuder barrels. These days production of Fuder barrels is limited to one small master craftsman and Marcel used all his powers of persuasion to convince him to allow Giesen to take his whole annual production.

Marcel Giesen says “Fuder wines develop a greater complexity and refinement because oak doesn’t dominate. The ratio of wine in contact with the barrel surface is less than smaller barrels so oak pick up is less. The staves of Fuder barrels are thicker which means the temperature of ferment tends to be warmer and we find the fruit characters gain greater depth and complexity,”