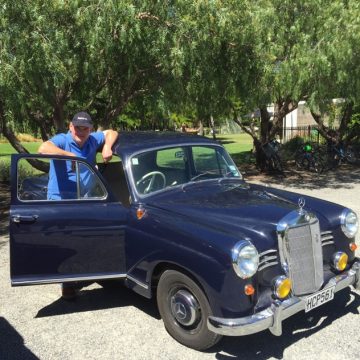 On The Road With Alex Giesen

This isn’t any ordinary car, its one close to Alex’s heart and in some ways tied to the story of Giesen Wines.

German made, the navy blue 1957 Mercedes 180D was the first car the brothers purchased when they arrived in New Zealand in the 1980s. Late in 2015 after a few twists and turns Alex was able to have the car fully restored. Now when he’s in Marlborough spending time with the winery crew and meeting customers and media he loves the opportunity to get the car out and take it for a drive.

The car served Alex and his brothers well for many years before they needed to move to something with more room, a bit more speed and greater fuel economy. With some regret the car was sold to another couple of young men touring New Zealand.

When a few years later the Merc’s new owners decided to leave the country they sold the car back to Alex who had great plans of restoration. However, life was busy building a wine company and raising a family, so the car sat for a number of years in the back of a winery shed.

In 2015 Alex decided it was time for action. He had previously met a Blenheim mechanic with a love of Mercedes Benz who he was now able to engage to restore the car to its former glory. Inside and out the car is immaculate and great attention has been paid to ensuring every detail is as it was in the original; from the leather upholstery and wooden dash to the paintwork and chrome.

On the road with his Mercedes Benz 180 diesel, Alex is a fount of knowledge about the model’s history. Often called the ‘Ponton’ the four-cylinder car was often used as a German taxi. In 2016 and en-route to the Giesen Cellar Door it’s hard to imagine a better taxi – or a more knowledgeable and enthusiastic driver! 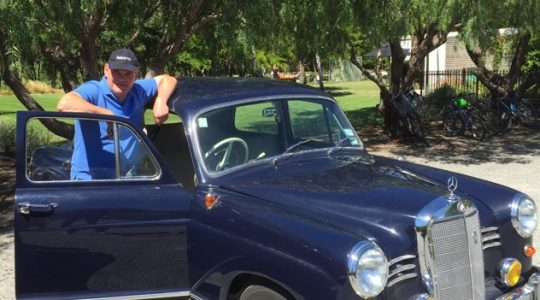 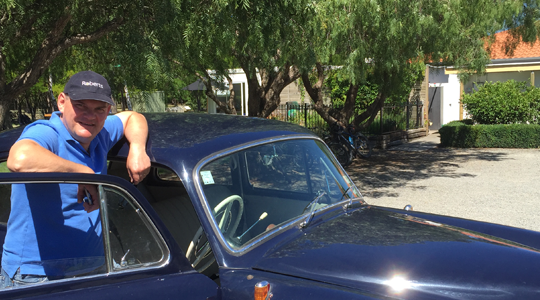