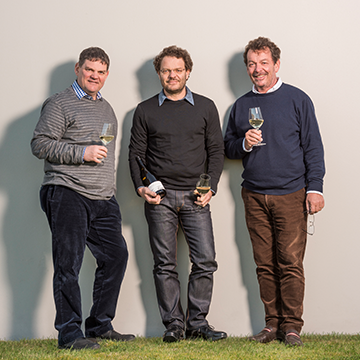 Some think the Giesen Wines story starts when two brothers with itchy feet and a penchant for travel set off from Germany and found themselves in New Zealand in 1979, buying land and planting a vineyard in 1981.

In fact the Giesen Wines journey may have begun earlier when three teenage brothers set up a hobby vineyard in their native Germany. Or perhaps it started two generations before that, with their grandfather August (Aw-goost) who was a sommelier and restaurateur.

In any case, the three sons of a stonemason were planning to follow the family enterprise in Germany. However, on a whim in 1981 while they were travelling the world and because it reminded them of home, Theo and Alex Giesen purchased land and planted a vineyard just outside Christchurch, at the time it was the world’s southern-most vineyard. Younger brother Marcel took himself to winemaking school and four years later joined Theo and Alex in New Zealand’s South Island to start making wine from their vineyard.

From their first vintage in 1984 the three Giesen brothers have aspired to create great wines. And as their business has grown over the past three decades they have remained true to their vision, creating great wines people love to drink. From that first vintage Giesen made Marlborough Sauvignon Blanc and it was an instant hit.

In 1984 Marlborough was little known. However, drawing on their German heritage the three brothers recognised that cool-climate winegrowing created wines with flavour. Since then wine drinkers throughout the world have fallen in love with Giesen Estate Marlborough Sauvignon Blanc making it a runaway success. So buying their first Marlborough property, Dillon’s Point Vineyard in the Wairau Valley in 1993 was a natural step. Since then, the Giesen brothers determination to make wines people love has driven international recognition for Marlborough and its Sauvignon Blanc.

The Giesen range now features an extensive range of Sauvignon Blanc from light alcohol to organic and ultra-premium single vineyard. What’s more they are receiving acclaim for their cool climate Marlborough Pinot Noir and other classics such as Chardonnay and their German-style Estate Riesling, to name a few.

Not content to sit back, they continue to grow Giesen. In 2000 they built their winery in Marlborough and it has expanded every year since. With Marlborough as their winemaking base they have been strategically acquiring vineyards throughout the highly sought after Wairau Valley. These vineyards allow Giesen to select fruit grown in a range of micro-climates giving the winemaking team access to grapes with a range of flavour profiles, perfect for consistently creating great wines.

In 2009, at the same time as they began the organic journey, the three Giesen brothers challenged the winemaking team to start pushing the boundaries. The winemaking team began by creating dozens of small batch wines, trialing tame and wild yeasts, using different vineyard blocks, multiple viticultural practices and alternative maturation and winemaking techniques. These wines and the lessons learned during their creation have formed the backbone of Giesen’s premium winemaking.

Fittingly, given the three brothers’ respect for and love of their family, in 2010 the first trial wine released was The August 1888. This super-premium traditionally fermented Sauvignon Blanc, which sold out within months of its inaugural release, paid homage to their grandfather German sommelier and restaurateur August (Aw-goost) Giesen.

The August 1888 was followed up during the 2011 vintage when Giesen crafted a tier of iconic Single Vineyard Selection Wines, with Clayvin Vineyard at the vanguard. Since then these wines have received international acclaim and accolades and introduced Giesen to a new audience of wine lovers.

It is not hard to remember Giesen, the three brothers are real people involved in their business everyday delivering on their promise to make wines which people love. When not winemaking, the brothers take time out to appreciate family and friends, share a meal, enjoy a wine and celebrate their journey. They invite you to do the same. 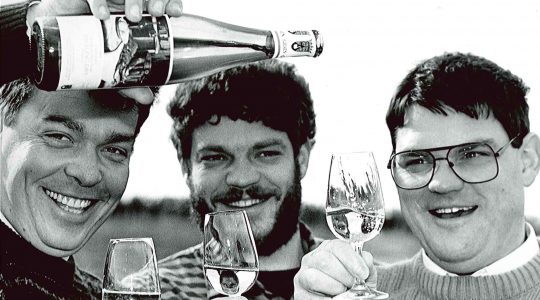 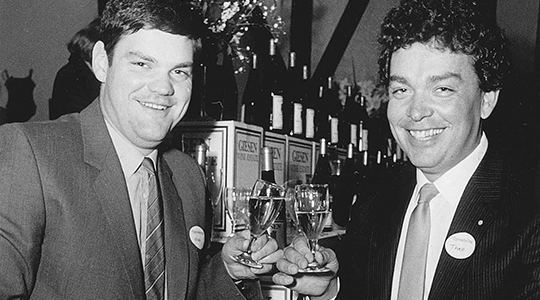 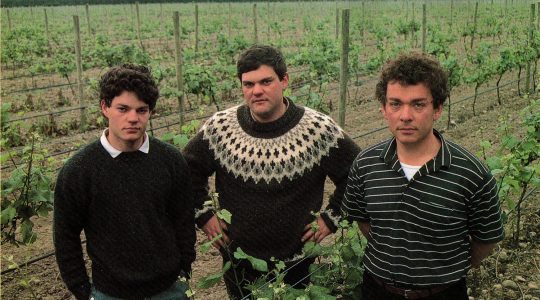 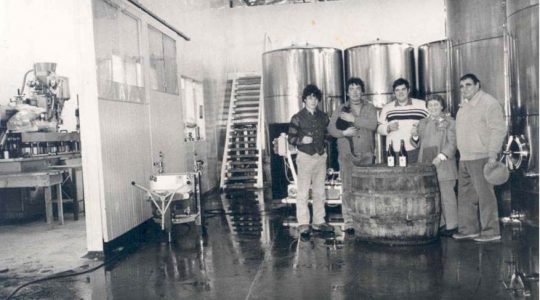