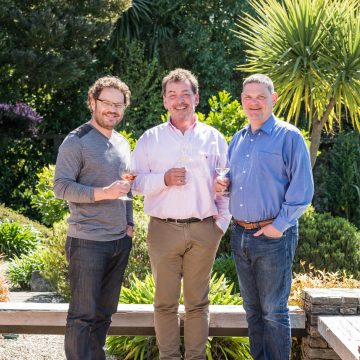 Thanks to their Grandfather sommelier August (Aw-goost), Great Grandfather Leonhard Kaiser who was a brewer and their parents who gave the brothers a love of international cuisine – the trio had the drinks trade and hospitality in their DNA.

Eldest brother, Theo led the interest in wine with his siblings when the family moved to a new home in Germany which stood in front of a steep slope worked into 11 terraces planted with Riesling. Young Theo was taken under the wing of two of the family’s neighbours, who helped him replant the vineyard to Sylvaner and taught him how to tend it. Harvest became a family affair and the grapes were sent to a nearby winemaker who made around 40 dozen bottles that the Giesen family gave away to friends and family.

While the Giesen brothers had wine on one side of the family, family on their mother’s side were stonemasons who ran their own business. Their grandfather established a granite and marble company, which their parents ran, from the outset the three brothers appreciated entrepreneurial spirit.

From those formative days, through until now as globally successful businessmen, the three brothers have always had each other’s back and worked collectively for the common good.

Without a plan but with a mind for adventure, oldest brother Theo and Alex set off on a world trip in the early 1980s. Snakes and the searing heat discouraged the pair from Australia and they found themselves in New Zealand, where the climate was more to their liking. Hospitality and the wine industry were in their infancy in 1980s New Zealand. There was little choice of wine in the small country and none of the European varietals that the Giesen brothers knew. Bars closed early and didn’t trade on Sundays and people had to be 20 to be legally served alcohol.

Theo and Alex decided to start their own business – making wine. So in 1981 they bought bare land, at Burnham just south of Christchurch and set about planting vines to develop a cool climate vineyard. They chose the location for its proximity to research just down the road in Lincoln considering which cool climate vines could grow best in New Zealand’s fledging wine industry.

Realising they needed winemaking finesse for the venture to succeed, the pair called home and suggested younger brother Marcel train as a winemaker. With his viticulture and oenology qualifications in hand, Marcel arrived in New Zealand in 1983. Marcel took on the mantle of winemaker for Giesen Wines inaugural vintage in 1984 and that is the only role the brothers have ever defined. Aside from winemaking, each of the three of them works across the breadth of the business. This stems from the early days the trio did everything from planting the vines, tending the vineyard, making and bottling the wine, taking the orders and building and staffing the Cellar Door.

For the first two years – while they waited for their vines to mature – the Giesen brothers had to purchase grapes. The first vintage of Giesen and every subsequent one they have made Marlborough Sauvignon Blanc.  It is this delicious varietal that wine drinkers throughout the world have fallen in love with, making the Giesen name recognised the world over.

From the beginning, just as they did as boys in Germany the brothers shared the hard work, all equally ready to roll up their sleeves and get on with any job. Theo, Alex and Marcel have each other’s back, they work as a cohesive team. The Giesen brothers never argue and always ensure business decisions are cohesive – this commitment to each other and their business has ensured their success.

While each of the trio has different strengths and weaknesses, they share the same values. Over the years these values and their harmonious relationship have become the imprint for the Giesen Wines business. Hard work, a willingness to seize opportunity, continuous evolution, family and warm, generous hospitality mixed with a bit of good humour are the hallmarks of what working for Giesen Wines means thanks to the example set by founders and brothers Theo, Alex and Marcel Giesen. 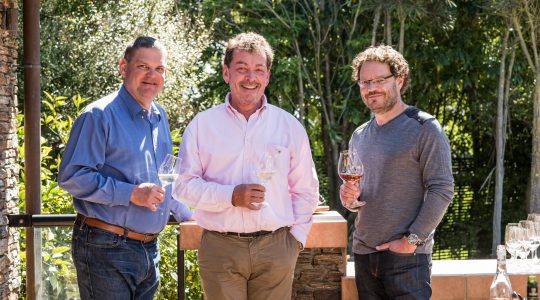 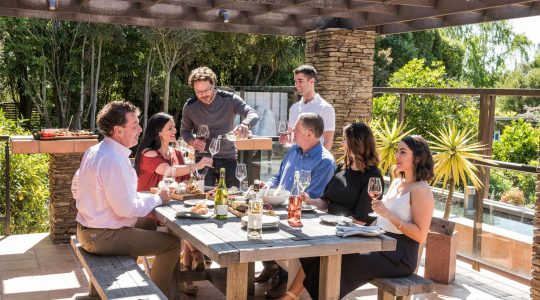 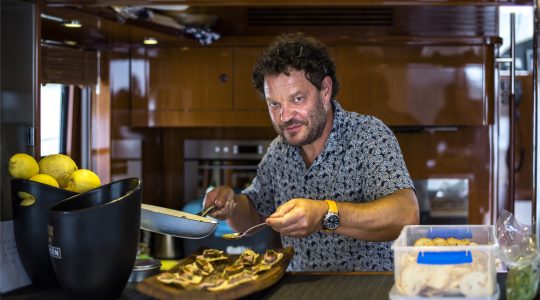 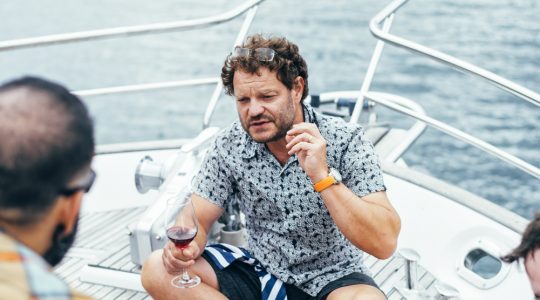 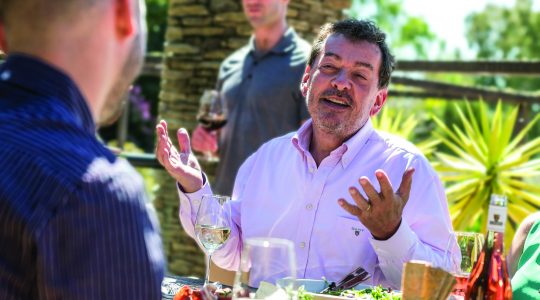